Japan Climate Leaders’ Partnership (JCLP) is pleased to announce Mr Tadamori Oshima, former speaker of House of Representative of Japan, as a special advisor to JCLP.

Mr Oshima has varied Cabinet-level experience including a post as Secretary of Environment, and is a strong advocate for climate action. He raised awareness on this major global issue during his 6 year-tenure as House of Representatives speaker from 2015, the year of the Paris Agreement, through numerous talks with his foreign counterparts.

JCLP welcomes Mr Oshima as the special advisor at such a crucial time when the world is facing a critical decade as the turning point in climate change, and believes that his insights and perspectives will help JCLP further strengthen collaboration with the central and local governments, business associations, citizens, and others.

“I served as a lawmaker for 37 years and 10 months. My first job in the Cabinet was when I was appointed as Secretary of the Environment Agency under the Murayama administration in 1995. As head of the Agency, I was tasked with the issues of Minamata Disease and it was when I reflected on value of human life, contemplated the relationship between business, society and the environment, and came to realise that we destroy ourselves by destroying our natural world. I learnt that we should never cause irreversible environmental damage to our planet.

The global environment, home to all life on earth, is facing a risk of climate change due to long-standing human activities.

Companies spawned by capitalism are the lifeblood of society, and have become one of the most important entities that support socio-economic affluence. With this in mind, I think it is extremely important for them to be committed to climate action and fulfill their responsibility to present and future generations. I look forward to learning, raising voices, taking the initiative together with JCLP members to drive climate action.” 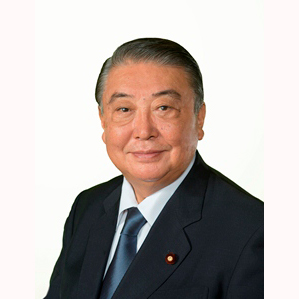 The role of a special advisor：

Special advisers provide advice and support to JCLP. They are selected from candidates who acknowledge JCLP’s vision, and have extensive knowledge and expertise in decarbonation-related areas (e.g. policy, science, economics). While “Executive advisors” are selected from business people with first-hand experience in JCLP, “Special advisors” are appointed from outside experts.

Japan Climate Leaders’ Partnership (JCLP) is a coalition of businesses in Japan (207 companies as of February 2022) that aims to create a carbon neutral society, built on the idea that decarbonization is essential to economic development. The group’s total sales are 121 trillion JPY (US$1 trillion) and electricity demand together amounts to approx. 61 TWh (including overseas businesses). Since April 2017, JCLP has been the Climate Group’s Regional Delivery Partner on RE100, EP100 and EV100 initiatives in Japan. JCLP has been expanding its network with various key entities to collectively holt climate change by co-organising unique campaigns such as RE Action, an initiative to support local governments, small and medium businesses, and civil society to declare conversion to 100% renewable electricity.

Co-Chairs of JCLP: for more information (Japanese only)

Executive Advisors of JCLP: for more information (Japanese only)